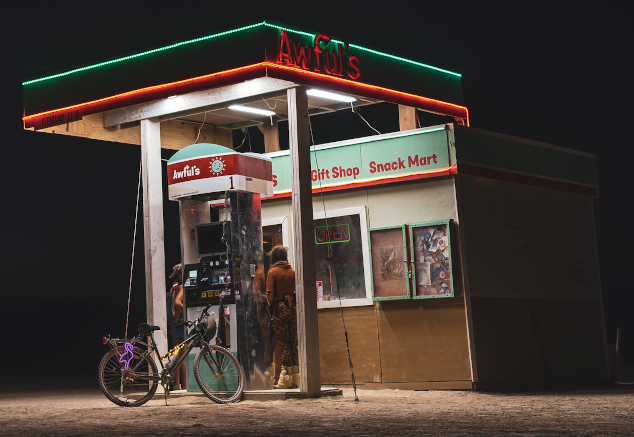 I was the lead producer of Awful's Gas & Snack, an immersive science fiction art installation about a potential post-climate crisis future, which was staged at Burning Man and Planet Home San Francisco in 2019 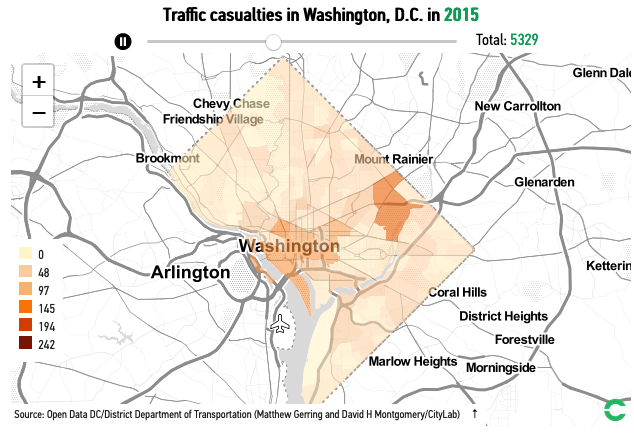 As a contractor for CityLab, I compiled and processed data, designed, and built interactive maps, exploring traffic deaths and urban lead poisoning. 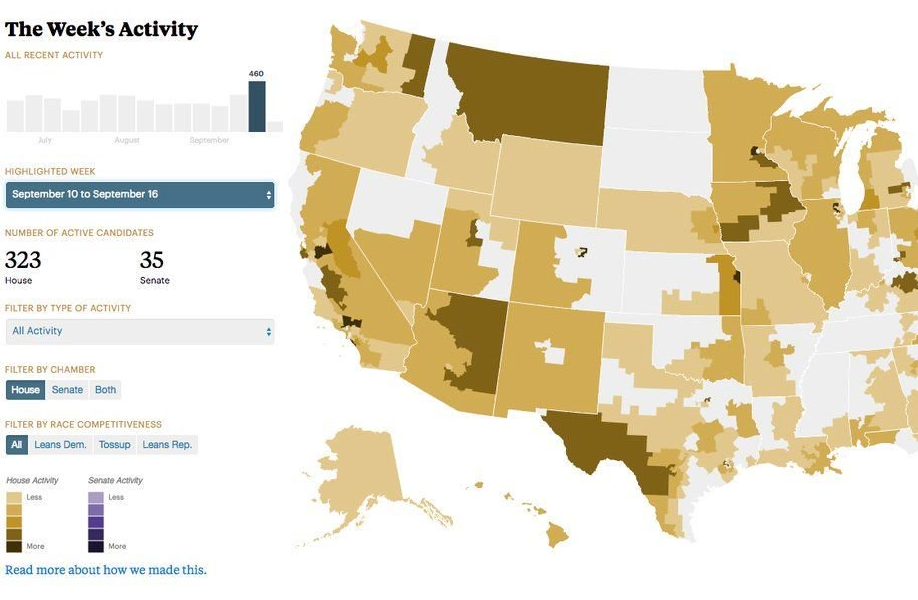 As a contractor for ProPublica, I built new backend features for Election Databot using Ruby on Rails and Django, and improved loading time and performance of the application on the frontend and backend. 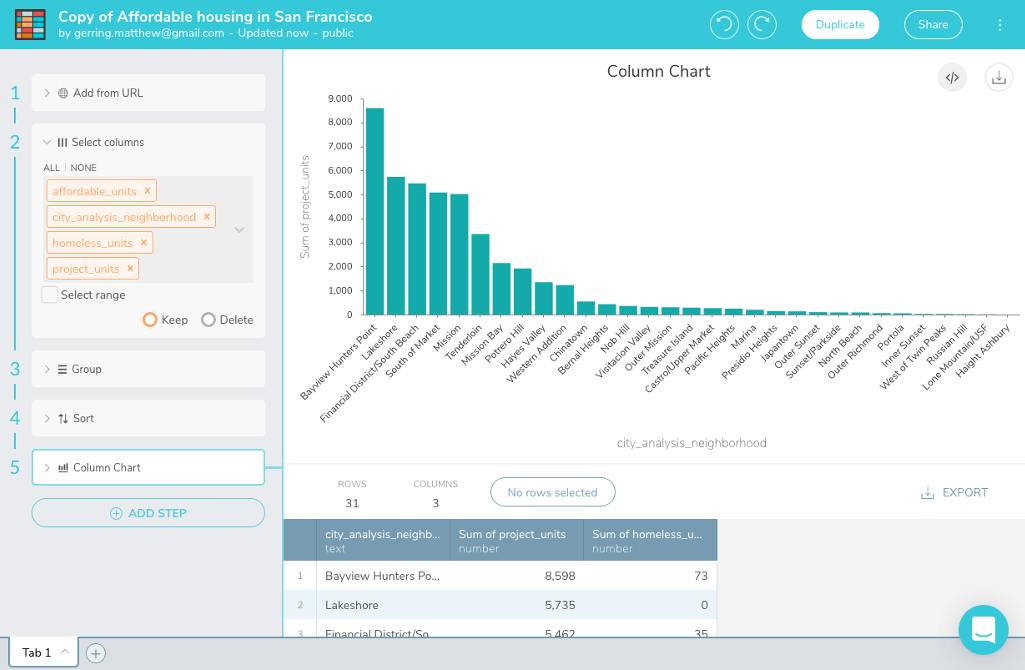 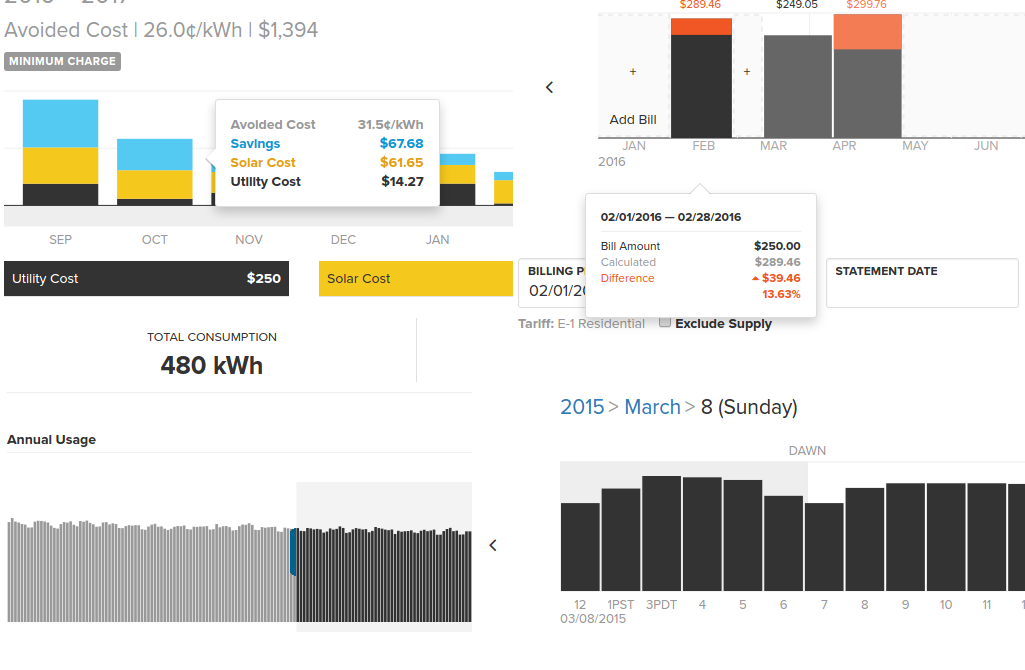 As a software engineer for Genability, I built a suite of data visualizations to communicate energy usage and savings data to our customers. I built a system of reusable components in D3 and Angular to allow for rapid composition of new visualizations. 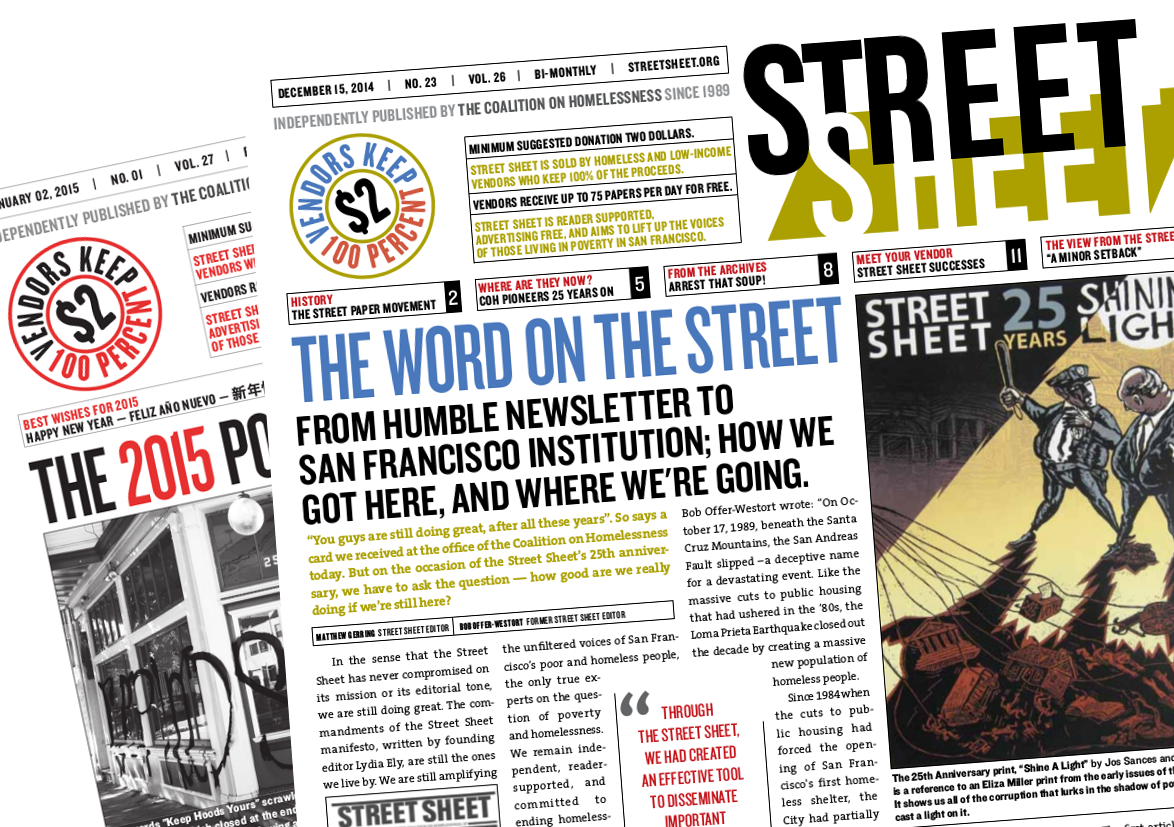 As editor of Street Sheet, I implemented a re-design of the newspaper and an advertising and media campaign to promote it. I co-wrote a succesful grant application, led a committee of seven people, worked with a designer to create a new logo and visual design, created an ad concept and wrote copy, gave media interviews and organized a succesful launch event. 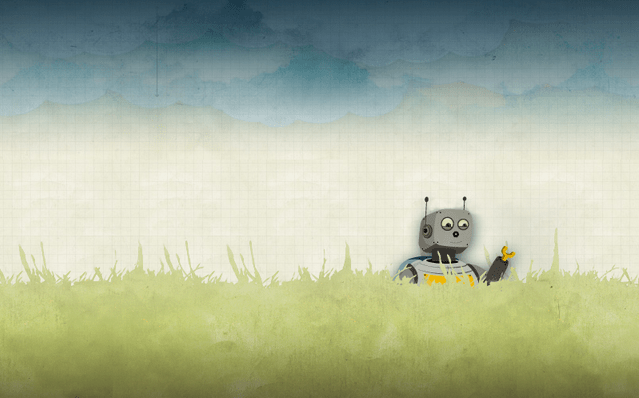 As an intern at Sunlight Labs (RIP), I had the opportunity to contribute to some amazing software projects. The projects are offline, and some can't be brought back to life because the APIs they depend on are defunct. My work on Sarah's Inbox, Cluster Explorer, and Muni Words is available on Github. 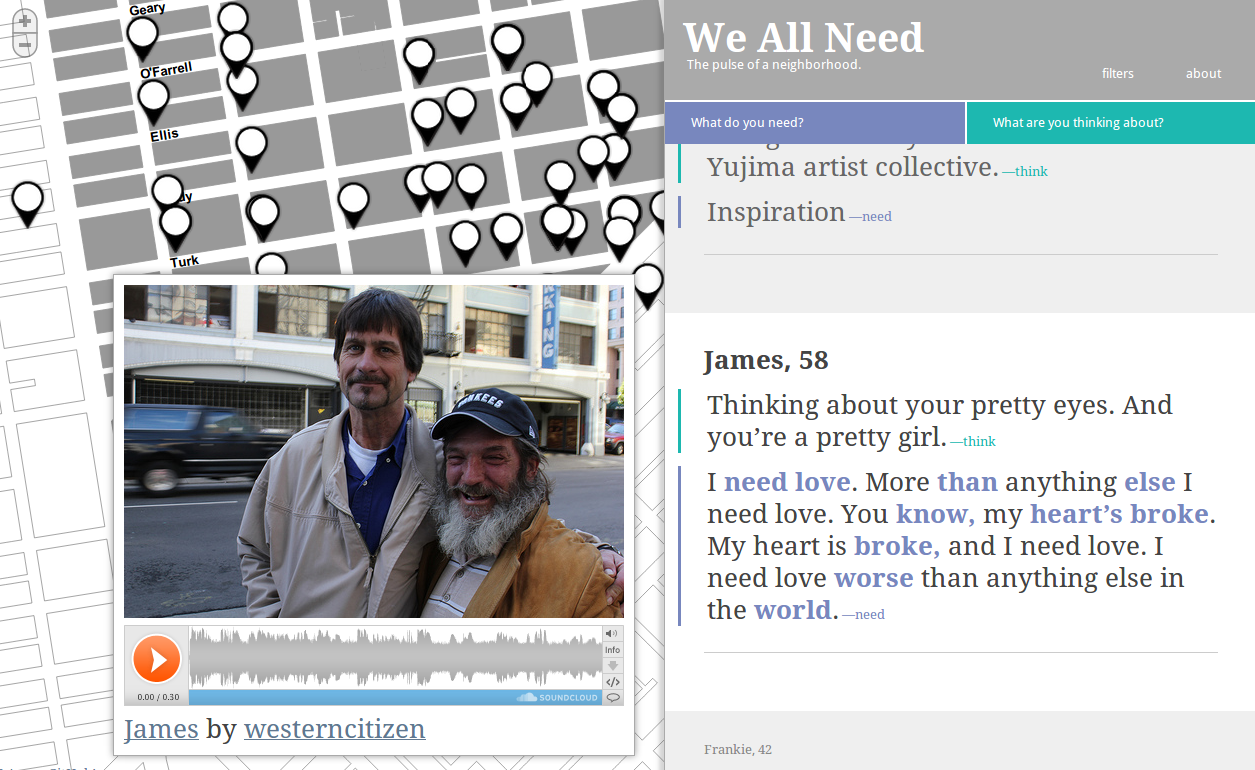 Created for the Great Urban Hack for Gray Area Foundation for the Arts, We All Need seeks to humanize residents of the Tenderloin, a San Francisco neighborhood infamous for its concetration of poverty, crime, drug abuse, and mental illness. 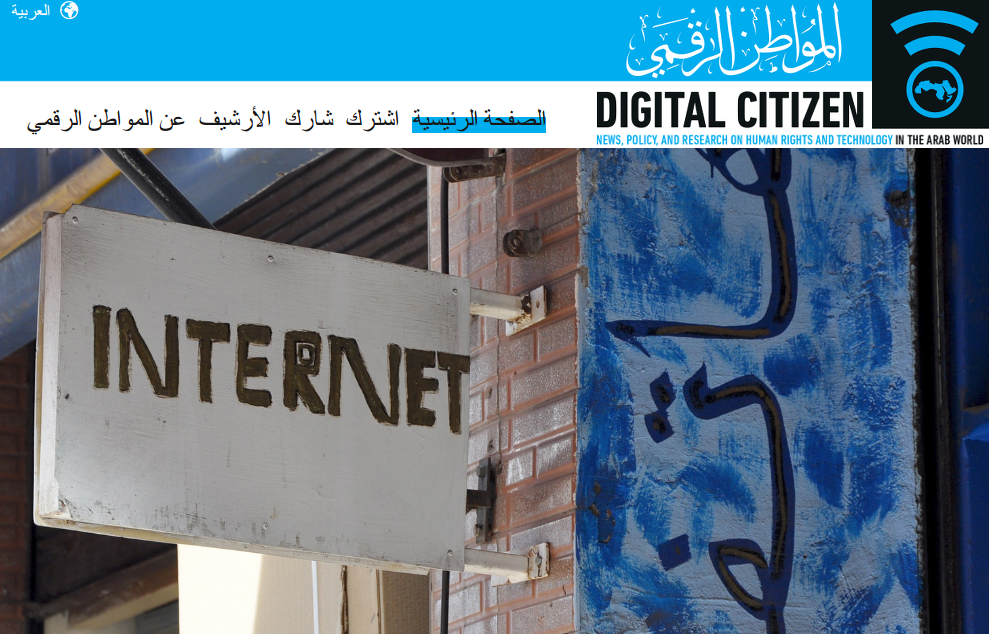 Digital Citizen is a website presenting a biweekly review of news, policy, and research on human rights in the Arab World, published in English, Arabic and French. Built as a contractor for the Electronic Frontier Foundation.

The Cost of Voter Apathy 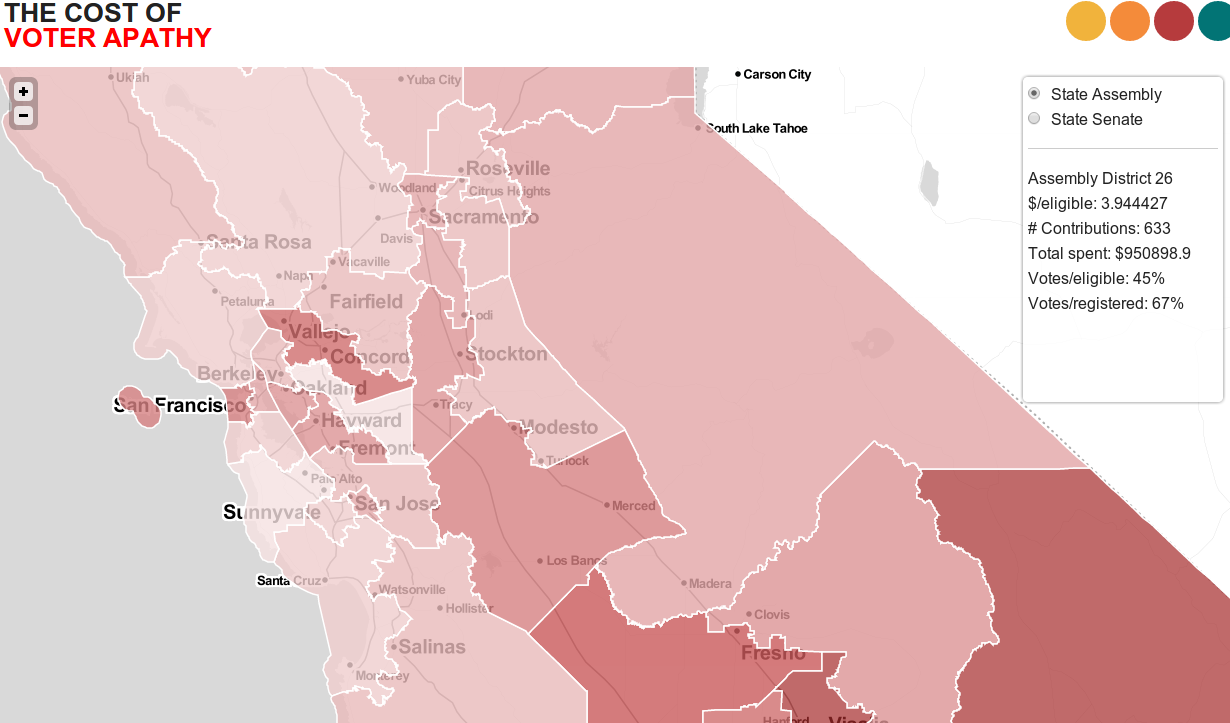 Created for the Bi-Coastal Datafest hackathon at Stanford and Columbia, exploring money in politics. My team explored the hypothesis that campaign spending and voter turnout are correlated, and found that they are not, at least in California state politics. 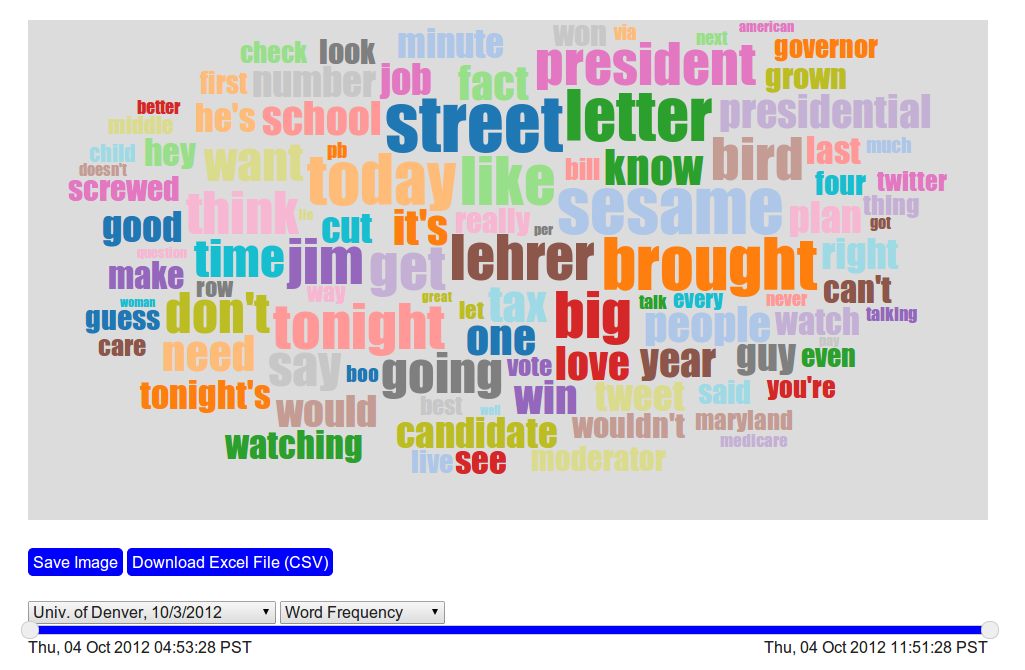 Created for a final project in a media research course for San Jose State University in 2012. 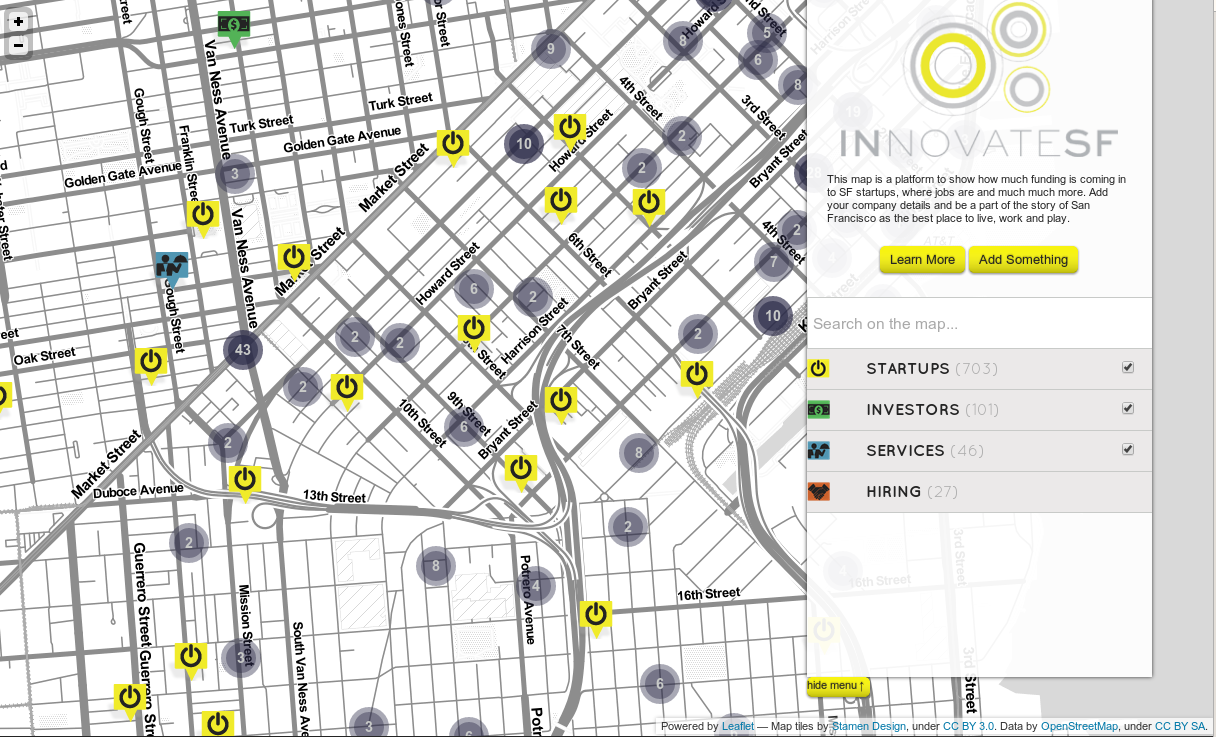 Created for San Francisco Innovation Month, this map was created by scraping data from CrunchBase, a central database of startups, and plotting office locations to a map of San Francisco. 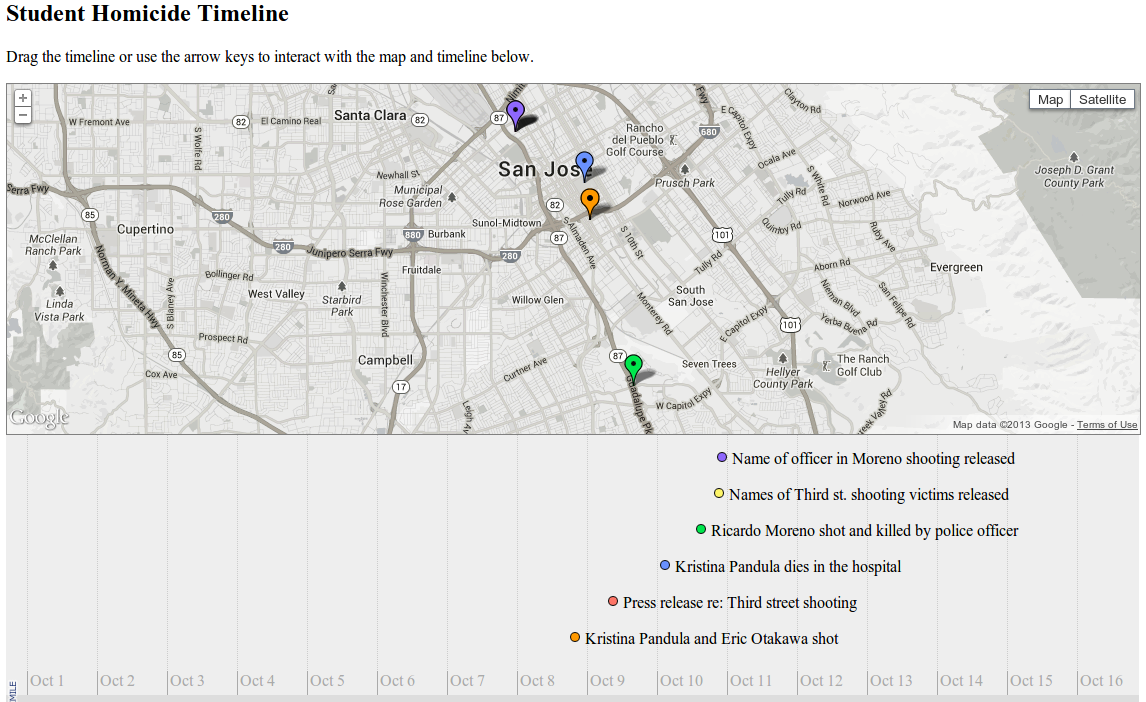 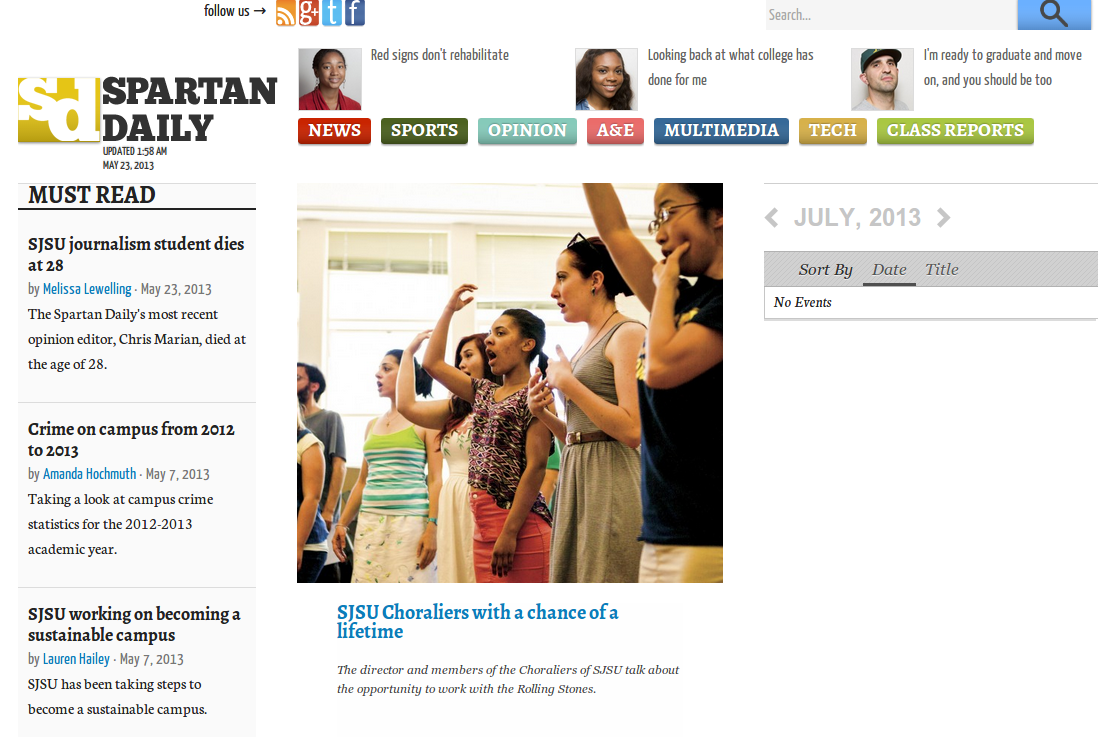 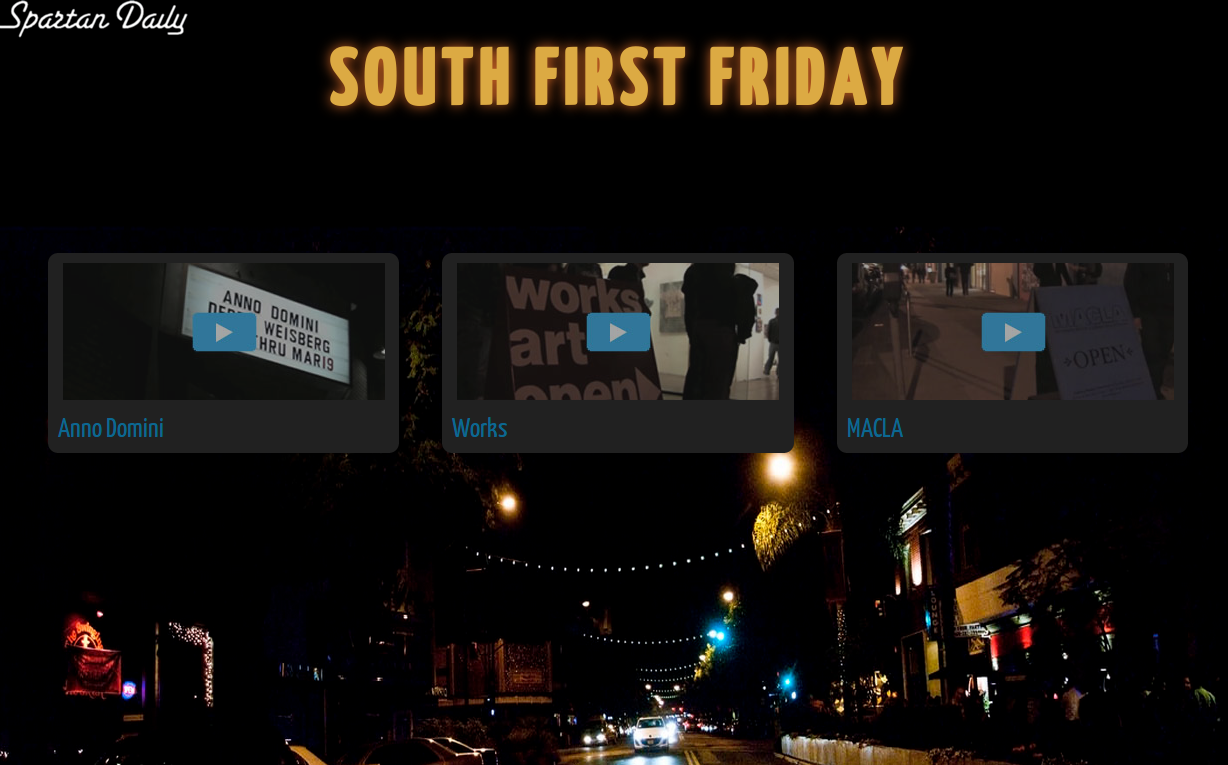 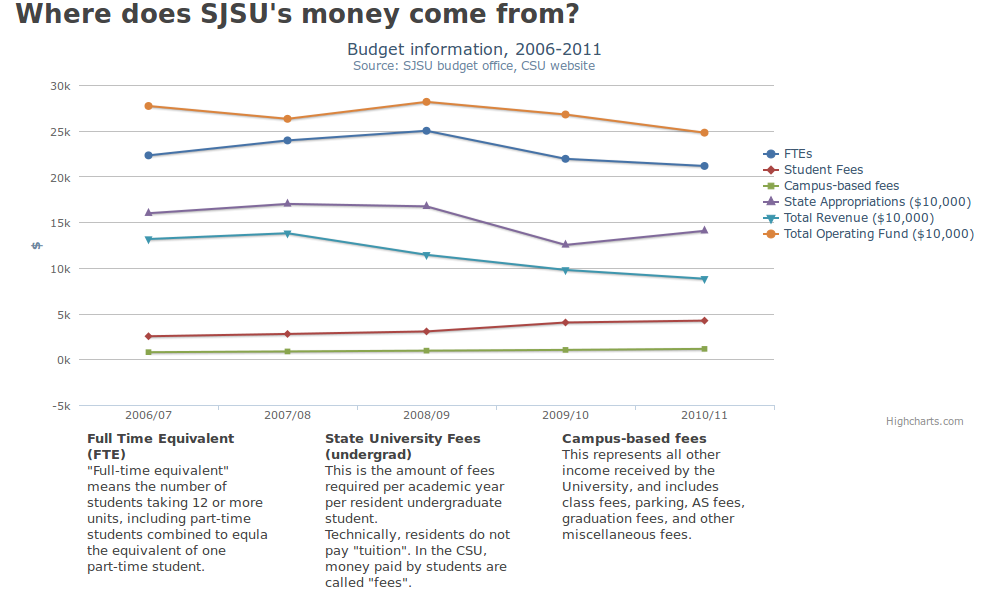 Created as part of a special issue of the Spartan Daily concerning ongoing increases in student fees at the California State University. 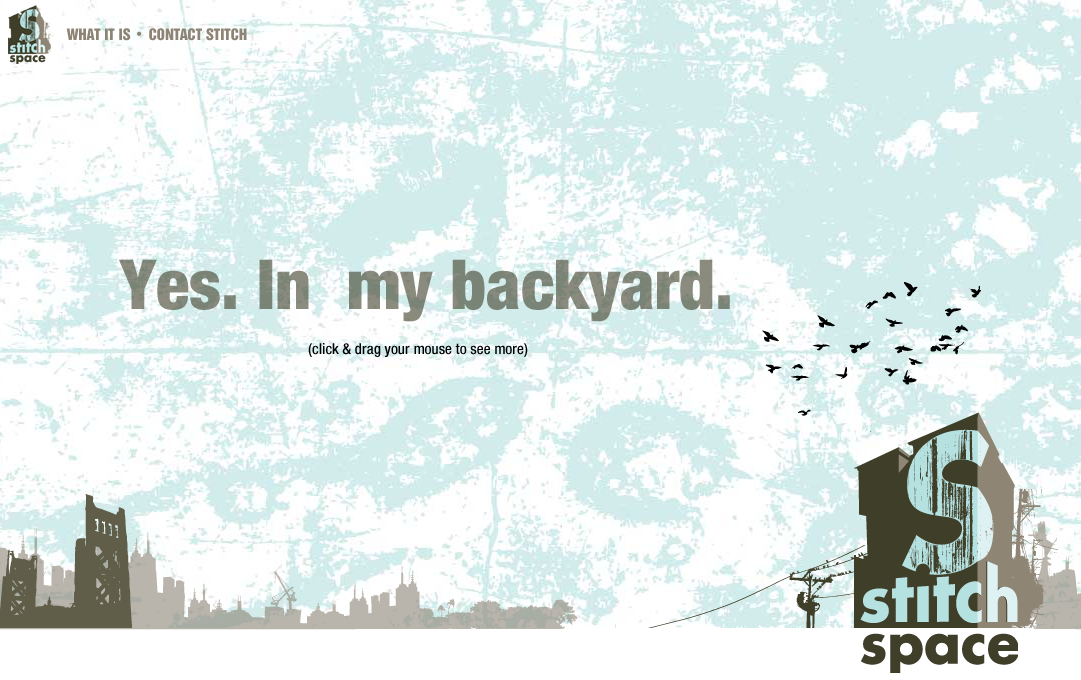 Created at EMRL as an experimental 'teaser' site for a real estate developer in Sacramento.